“Two days ago, the books Extraterrestrial Sex Fetish and Necrophilia Variations arrived in my mailbox like an act of poetic terrorism. The online photographs do them a terrible injustice. These books are fucking sexy. They're beautiful little fetish objects... Like their website, every aspect of these books seems methodical and predetermined in a way that is usually reserved for getting away with murder..” — Abel Diaz, "Why I'm Obsessed with Supervert" 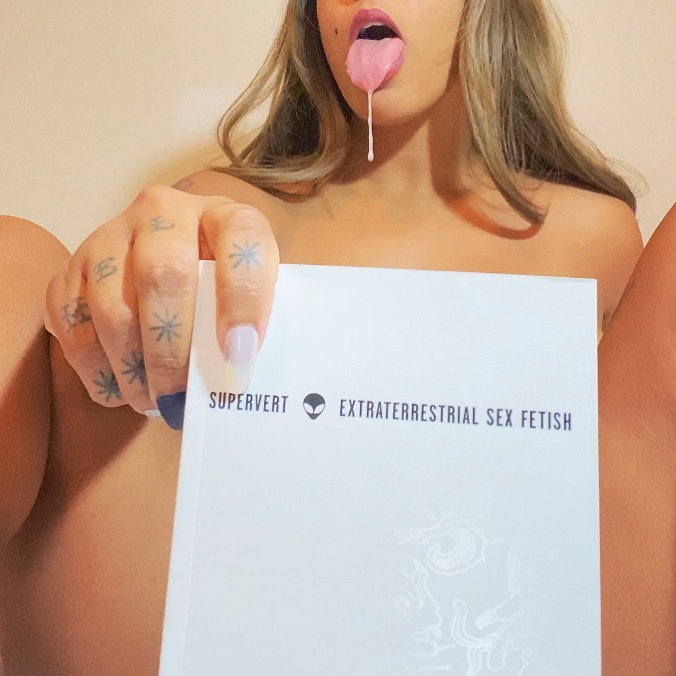 Once upon a time there was a writer. The Devil spoke to him through a computer. "You will write about perversion, madness, and lust," said Satan. "You will use modernist literary techniques to explore sexual perversions. You will be known as Supervert."

The writer had no choice but to take dictation from the Evil One. He typed out a series of books with strange titles and depraved subjects. The first of his collaborations with Satan, Extraterrestrial Sex Fetish, invented a new paraphilia. The second, Necrophilia Variations, went viral in a video called Hysterical Literature. Perversity Think Tank offered a new definition of sexual perversion. Post-Depravity sought to be the first great literary work of medical fetishism. Apocalypse Burlesque used eros to take the pulse of the end times.

The books were not all that the arch fiend forced on the poor writer. Satan obliged the hapless soul to collaborate with the outlaws at Savoy Books and the Cinema of Transgression legend Richard Kern. He tormented him into making digital art under the moniker Necro Enema Amalgamated. He compelled him to found websites dedicated to Charles Baudelaire and William Burroughs. He used the writer as a vehicle for "bulletins" and other writings.

Satan was proud of his mortal protégé. His creativity held a dark mirror to the world. The world looked at its face and saw its demons looking back. "Your reward for doing so well," the Devil beamed, "is that you will not be forgot in hell."