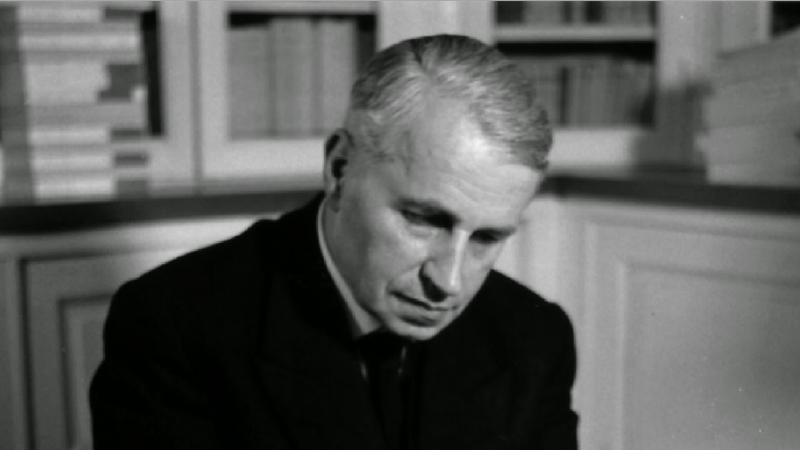 Georges Bataille (1897-1962) was by profession a librarian at the Bibliothèque Nationale in Paris. In his off hours, however, he was also a fringe Surrealist, vanguard intellectual, and writer of a wide-ranging body of work that includes philosophy, economics, poetry, and pornography. In all of these writings, Bataille was concerned to articulate a "science of the heterogeneous," a philosophy of everything repudiated by civil society: shit, blood, sacrifice, deviance, violence. The wellsprings of this philosophy apparently lay in personal experience — in particular his childhood with a suicidal mother and a blind, syphilitic father — and yet his ideas helped to pave the way to contemporary critical theory.

The quality of Bataille's work varies considerably. His worst writings are a kind of wannabe Sade, texts whose apparent inspiration lay less in their subject matter than in their subject matter's anticipated ability to shock and appall. On the other hand, his best writings are intellectual tours de force that are to philosophy what fisting is to a virgin anus. If Sade was a more original prose writer than philosopher, Bataille was the opposite: a radical thinker whose prose skills sometimes failed to present his ideas with that Cartesian clarity the French pride themselves on. While this was probably not deliberate on Bataille's part, it did evince a certain irony: if his project was to embrace the waste products of society, why write in a manner condoned by tradition?

Georges Bataille, The Use Value of D.A.F. de Sade

This text lambasts those who de-fang Sade by considering him from a purely literary or psychological vantage point, arguing that Sade's writings imply a practice — even a life philosophy — as well.

"As for the big toe, classic foot fetishism leading to the licking of toes categorically indicates that it is a phenomenon of base seduction..."

"Cruel Practice" considers the relation between art, sacrifice, and death. It was originally translated by Supervert for the BLAM! 1 CD-ROM, and is now presented here in a new and revised translation.

Perhaps Bataille's most famous text, Story of the Eye is a tale of obsessive sexuality involving rape, necrophilia, coprophilia, fetish objects (particularly eggs and eyeballs), and half a dozen other types of deviance. For this electronic edition, Supervert took the copy that's been floating around the internet and cleaned up the numerous typographical errors afflicting the digitization.

The City Lights edition of Story of the Eye is currently the authoritative version in the English language. (Bataille's complete works in French, however, contains four different versions of the text.) NOTE: City Lights has battled censorship and poverty to publish a fantastic catalogue of vanguard authors. Please consider supporting them by buying a printed copy of Story of the Eye.

Visions of Excess is the collection that, in Supervert's opinion, contains some of Bataille's best texts: "The Use Value of D.A.F. de Sade," "The Solar Anus," "The Big Toe," "The Practice of Joy Before Death," and others. This is the must-have book for fans of Bataille.

If you want a representative sampling of texts spanning Bataille's career and wide-ranging interests, this is it.

This excellent biography depicts the man behind the repellent ideas, and also helps to illumine the ideas themselves. The French edition was awarded the prestigious Prix Goncourt.