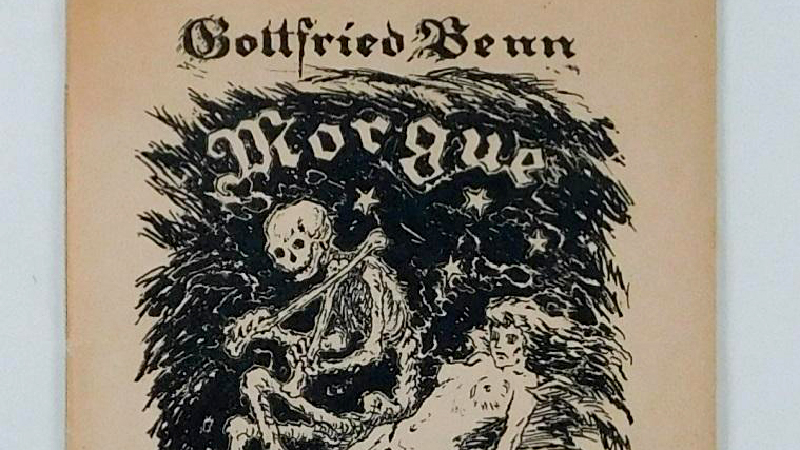 Gottfried Benn (1886-1956) was by training a doctor who came to specialize in the treatment of venereal diseases. An ambivalent figure who stayed in Germany under the Nazis but was himself repressed by them, Benn came to be considered a great national writer after the war. His early Expressionist verse — particularly the Morgue cycle — is matchless for its economy, precision, and irony. Walter Kaufmann, the famous translator of Nietzsche, wrote that its "shocking power," which was "far greater than that of most beatnik poetry," was due to the "brutal honesty of an unprecedented perception."

For a writer so highly regarded in his native country, there's not much of Gottfried Benn available in English translation. These are the two major collections of prose and poetry. If you dig around you can find a few plays and other assorted tidbits in other books.