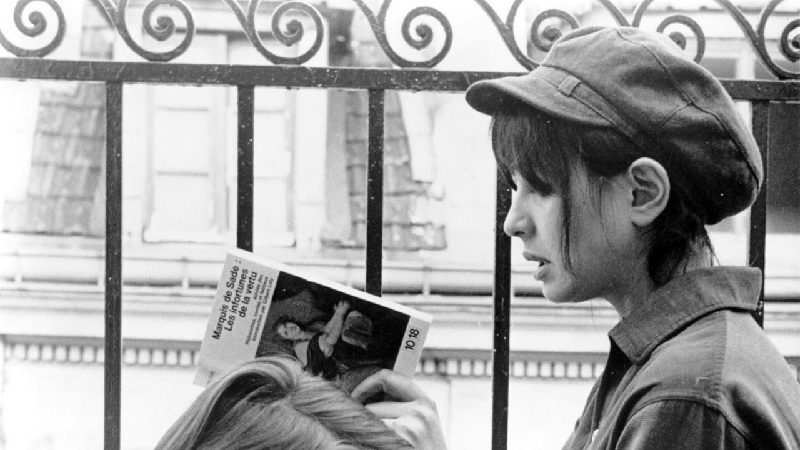 To read the Marquis de Sade (1740-1814) is disorienting, intimidating, exciting, frightening and ultimately exhilirating. "The opposite of his readers," wrote Octavio Paz, "Sade has an iron will..." Meaning, Sade is not only something you read, it's something you withstand and endure, a battle of wills with the reader squaring off against the divine Marquis. If you can't read Sade to the end, you lose — and somehow even if you do, you still lose. It's like playing chicken with a bulldozer: if you run away, you're a coward, but if you don't, you're a fool — a dead fool at that.

120 Days of Sodom was Sade's masterwork. The manuscript was lost during the French Revolution — a fact Sade himself bitterly lamented — and was not published until the 20th century.

Sade, Philosophy in the Bedroom

Philosophy in the Bedroom is pillow-talk like you've never heard it before, an alternation of philosophical discourse and ecstatic grunting. It also contains the famous speech "Encore un effort," which advocates murder, heresy, promiscuity, etc.

This is the first biography of the Marquis de Sade, published in 1899 and written by the German specialist in sexual disorders who later discovered the manuscript of 120 Days of Sodom. Although not as sophisticated as more recent biographies, it contains a wealth of weird sexual data on Sade and his times.

Retaliation is a humorous short story of infidelity, anti-clericalism, and revenge. It's good to read as a reminder that Sade had a great sense of humor, something not always obvious to readers of his more notorious tomes.

This is a brief life of Sade written by the brilliant French literary critic Roland Barthes. Taking an impressionistic approach, the text presents Sade not through chronology but through a selection of odd detail and characteristic incident. It was originally published in Barthes' book Sade Fourier Loyola.

Sade, The 120 Days of Sodom & Other Writings

Sade, Justine, Philosophy in the Bedroom & Other Writings

These are the original Grove Press translations of the Marquis de Sade. Grove Press battled censorship to publish works by authors such as Sade, William Burroughs, and Henry Miller — so show your support and buy their books.

Though you expect Sade to appeal to a primarily male audience, the two most insightful critical works about Sade were written by women. Annie Lebrun's is especially good.