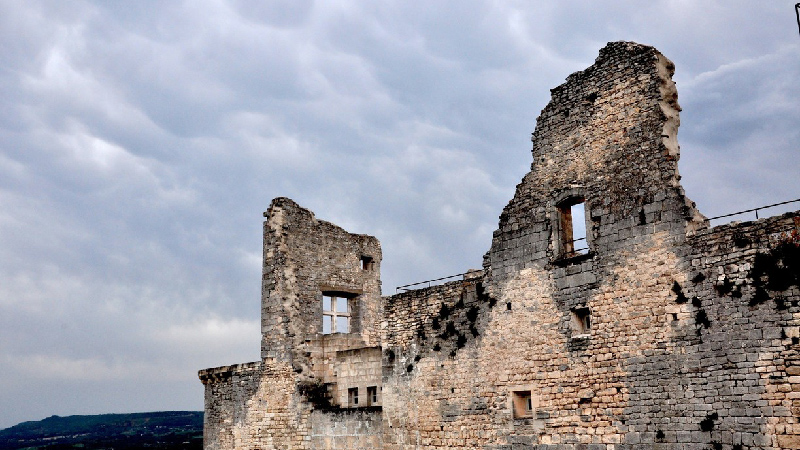 A worthy citizen of Picardy, the descendant perhaps of one of those illustrious troubadours from the banks of the Oise or the Somme whose sluggish existence has only been rescued from the shadows some ten or twelve years ago by a great writer of our time, a brave and honest citizen, I repeat, lived in the town of Saint-Quentin so famous for the great men it has given to literature. He lived there in honorable estate, himself, his wife and a cousin thrice removed, a nun of a convent in the town. The cousin thrice removed was a little brunette, bright-eyed, with a mischievous little face, a turned-up nose and a slender figure; she suffered under the weight of twenty-two years, and had been a nun for four of them. Sister Petronilla, for such was her name, had in addition a pretty voice and a much greater disposition for love than for religion. As for M. d'Esclaponville, as our citizen was called, he was a fine jovial fellow of about twenty-eight, who loved his cousin supremely and Mme d'Esclaponville nothing like so well, since he had been sleeping with her for ten years already, and a habit of ten years' standing is quite fatal to the fires of hymen. Mme d'Esclaponville — for it is necessary to depict her, a writer would be despised if he did not portray people in an age where only pictures are required, and where even a tragedy would not be received unless the canvas-mongers found at least half a dozen subjects in it — Mme d'Esclaponville, as I was saying, was a somewhat insipid blonde, slightly washed-out, but very white-skinned, with pretty eyes, well-fleshed, and with those great chubby checks that are commonly described by the world as "a good squeeze."

Until now Mme d'Esclaponville had not known that there was any way of revenging herself upon an unfaithful husband. Well-behaved like her mother, who had lived for eighty-three years with the same man without once being unfaithful to him, she was still naive enough and straightforward enough not even to suspect this frightful crime that the casuists have named adultery, and the pleasant folk who tone down everything have called quite simply gallantry. But a deceived wife soon acquires designs of revenge from her resentment, and as no one likes to be left behind, there is nothing she will not do whenever possible in order to be above reproach. Mme d'Esclaponville perceived at last that her dear lord and master visited the cousin thrice removed a little too often. The demon of jealousy fastened upon her soul, she lay in wait, she had inquiries made, and finally she discovered that very little in Saint-Quentin was as certain as the intrigue between her husband and Sister Petronilla. Certain of her facts, Mme d'Esclaponville finally declared to her husband that his conduct pierced her very soul, that a person like herself did not merit such treatment, and that she prayed him abandon such irregularities.

"Irregularities?" replied the husband, phlegmatically. "Do you not know then, my dear friend, that by sleeping with my cousin the nun, I am saving myself? The soul is cleansed in so holy an intrigue, it is self-identification with the Supreme Being, it is the incorporation of the Holy Spirit in oneself : it's no sin at all, my dear, with persons consecrated to God, they purify all that touches them, and to frequent them is, in fact, to open up the gate that leads to celestial beatitude."

Mme d'Esclaponville, by no means contented with the success of her reproaches, said nothing, but swore deep inside herself that she would find a means more eloquent, more persuasive... The devil with that is that women always have one right to hand: however plain they may be, they have only to say the word, and avengers rain down from every side.

There was in the town a certain parish priest known as M. I'Abbé du Bosquet, a fine lusty fellow in his thirties, who ran after all the women and turned the foreheads of all the Saint-Quentin husbands into a forest. Mme d'Esclaponville made acquaintance with the priest; imperceptibly the priest also made acquaintance with Mme d'Esclaponville, and finally their mutual acquaintance was so perfect that they could have painted one another from top to toe without any possibility of a mistake. At the end of a month everyone came to congratulate the unlucky d'Esclaponville who had formerly boasted that he alone had escaped the redoubtable gallantries of the abbé, and that in all Saint-Quentin his was the only head that this gallows-bird had not yet despoiled.

"That cannot be," said d'Esclaponville to those who brought him the news. "My wife is as well-behaved as Lucretia. You can tell me a hundred times over, and I don't believe it."

"Come with me, then," said one of his friends, "come and let me convince you with your own eyes, and we will see afterwards if you have any doubts."

D'EscIaponville allowed himself to be led away, and his friend took him half a league out of the town to a solitary place where the Somme, enclosed between two fresh, flower-decked hedges, formed a delightful bathing-place for the inhabitants of the town. But as the rendezvous was given for an hour when normally no one was yet bathing, our poor husband was chagrined to see arrive, one after the other, his worthy spouse and his rival, and there was no likelihood of interruption from anyone.

"Well, now," said the friend to d'Esclaponville, hasn't your forehead begun to itch?"

"Not yet," said the citizen, nevertheless rubbing it involuntarily. "Perhaps she's come here for confession!

"Let us stay then until the climax," said the friend. It did not take long. Hardly had M. I'Abbé du Bosquet arrived in the delicious shade of the fragrant hedge before he removed from his person anything which might harm the voluptuous contacts that he was meditating, and set himself dutifully to his devout labors of placing, perhaps for the thirtieth time, honest, worthy d'Esclaponville in the same class as the other husbands in the town.

"Well, now do you believe me?" said the friend.

"Let us return," said d'Esclaponville sourly. "For by dint of believing I could well kill this damned priest, and that would cost me more than he is worth. Let's go back, my friend, and keep my secret, I beg you."

D'Esclaponville returned home quite confused, and shortly afterwards his gentle spouse arrived and presented herself for supper by his chaste flanks.

"Just a moment, my sweetheart," said the furious gentleman. "When I was a child I swore to my father never to sup with harlots."

"With harlots?" replied Mme d" d'Esclaponville, benignly. "Such a suggestion shocks me, my friend, what have you to reproach me with, then?"

"What! you mass of corruption, what I have to reproach you with, is what you were doing this afternoon at the bathing-place with our priest."

"But my friend, I've followed your advice. Didn't you tell me that you risked nothing by sleeping with members of the church, that the soul is cleansed in so holy an intrigue, that it was a self-identification with the Supreme Being, that it made the sacred Spirit enter into you, and in fact opened up for you the gate that leads to celestial beatitude... Well, then, my dear, I have only done what you told me to do, and therefore I am a saint and not a harlot! And I can assure you, that if any of these blessed souls of God have the means of opening the gate that leads to celestial beatitude, it is certainly M. I'Abbé, for I have never seen such an enormous key."