Post-Depravity describes a near future in which perversity and normality have become identical.

Photograph of Post-Depravity and Tarot by Erik Muhs

“It is possibly Supervert‘s most impressive book beauty to date, judging not only from the immaculate white-and-black antiseptic look of it and the heft of it but also, obviously, from the read of it.” — Jan Herman, Arts Journal

Post-Depravity describes a near future in which people are little more than vectors for strange desires — and yet the increasing ordinariness of strange desires causes a vicious circle, degenerates striving for ever more outlandish forms of sexual gratification. The result, "post-depravity," is an impending state in which perversity and normality become identical. 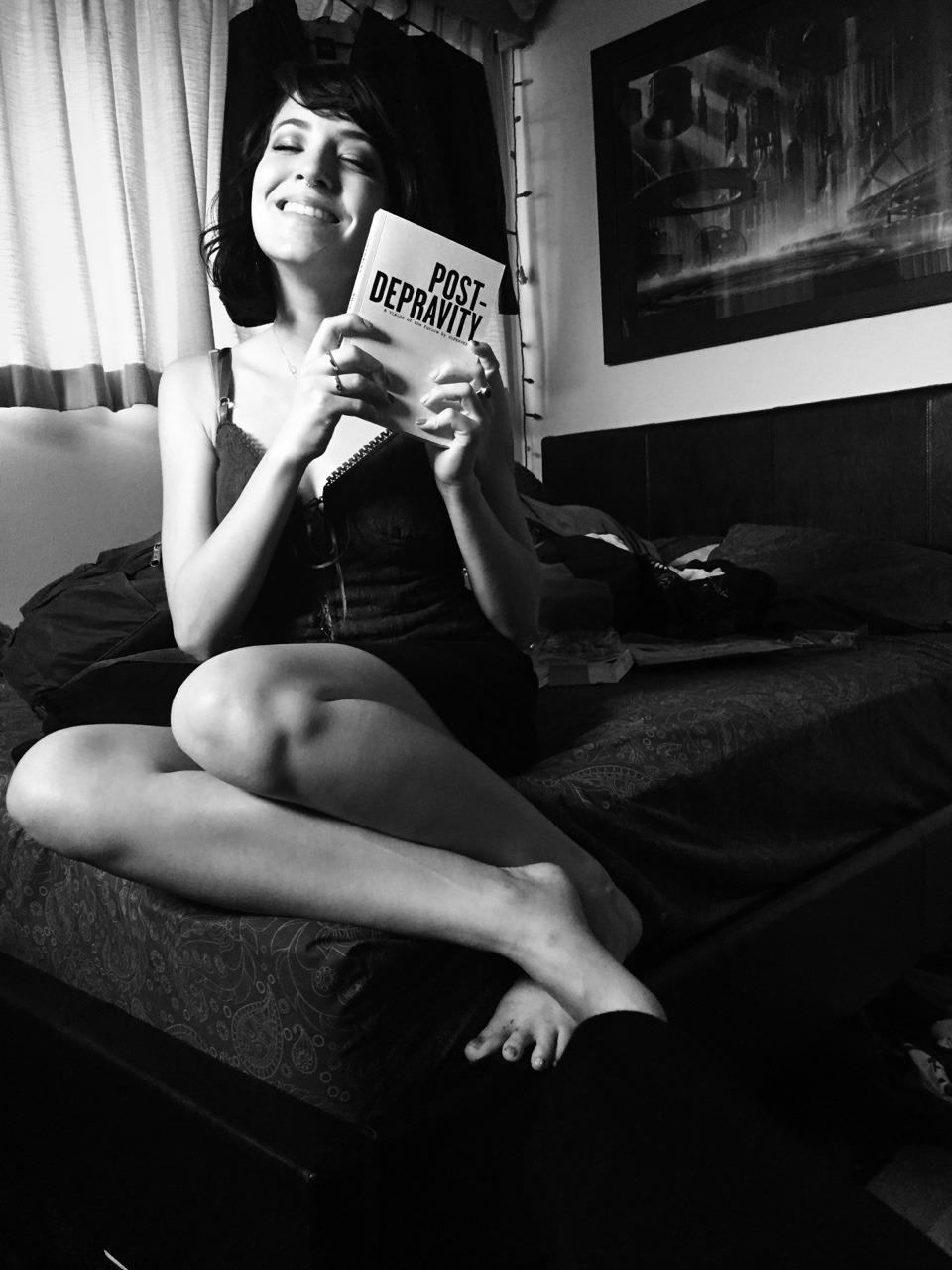 Post-Depravity uses the method of a cross-sectional study, focusing on a representative population at a specific moment in time, to show the emergence of this paradoxical future. At the center of the cross-section is Dr Francis Malenkov, aka Dr God-Damn X-Ray Spex, a self-proclaimed prophet whose predictions are paradoxes: if they prove true, then they really were visions of the future; if they don't, then they were only symptoms of a new type of psychosis. Either way, Dr Malenkov exerts a galvanizing influence on a small circle of debauched followers, and Post-Depravity is the story of how these healthcare professionals utilize their expert knowledge of the human body to devise new perversions.

Post-Depravity is a dismembered novel, its parts isolated like organs harvested from a cadaver. To read it, however, is to realize that a meticulously curated set of images and terms is distributed across its vitals. Neologisms, repetitions, trigger words that connect disparate regions of text — these reverberate and resound in the brain, causing the reading experience to mirror the obsessional mindset of Dr God-Damn X-Ray Spex. In that respect, Post-Depravity is not just a diagnosis but a means of derangement, an effort to use language to induce psychosis. 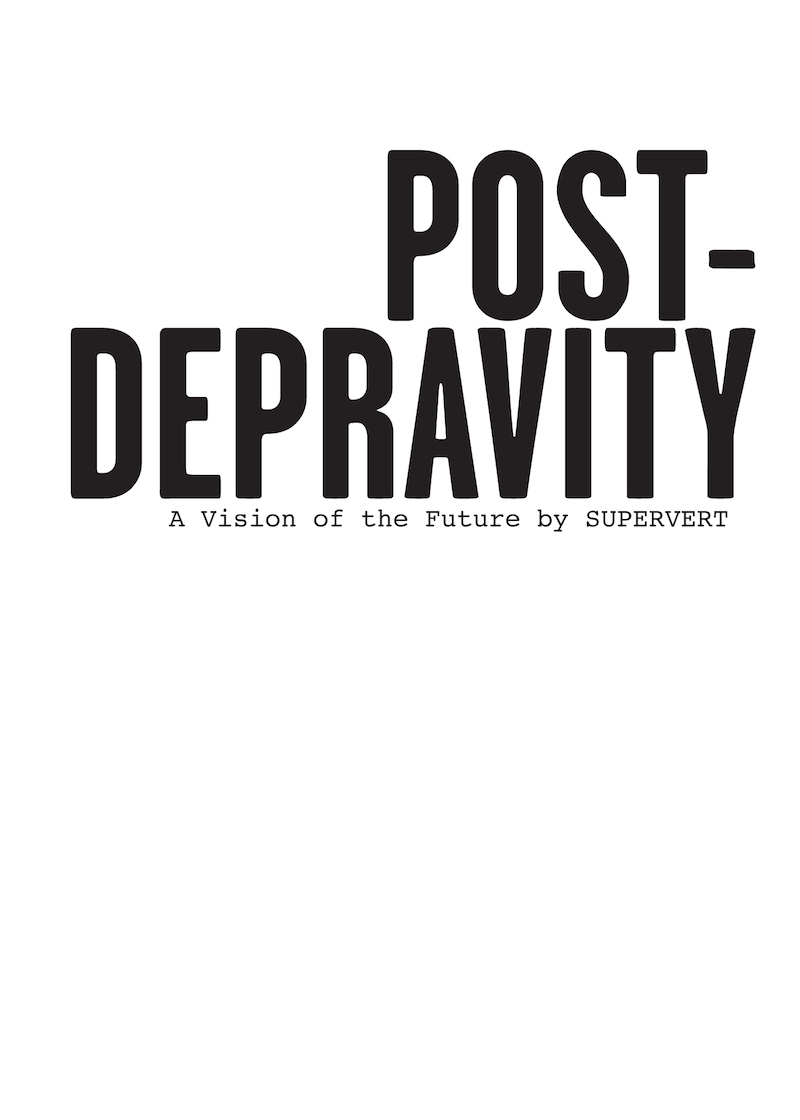 “These are no mere exercises in shock: Supervert’s measured prose is crisp, the focus of the texts philosophical, intellectual, literary, sociological, psychological. It’s intelligent, articulate writing that explores the human condition in the context of the post (and post-post) modern cultural landscape” — Edward S. Robinson, Paraphilia Magazine